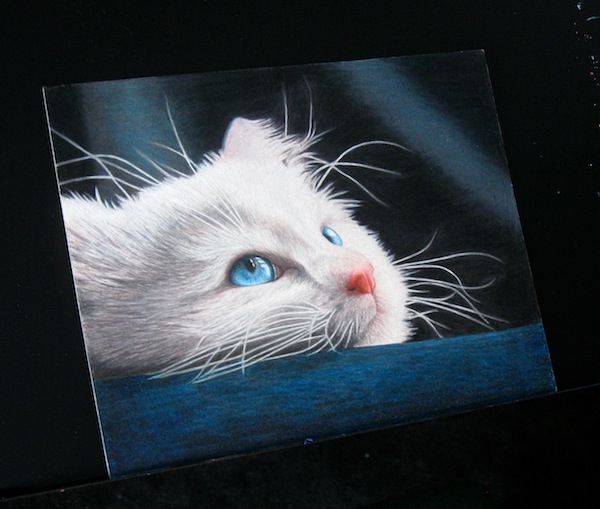 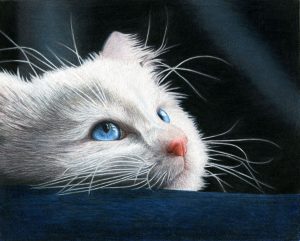 For six of those years, I went undiagnosed and I was mostly bedridden, in excruciating pain with a 24/7 migraine, extreme fatigue, severe insomnia, shaking, anxiety, hallucinations, and so much more. The medicines they were putting me on were making me suicidal, and my hopeless situation, with no knowing what was wrong or if it would ever end, wasn’t helping my depression.

My insomnia and anxiety were so bad that I was having panic attacks just getting out of bed to make tea, and my chronic migraine was so severe that just walking out of my darkened room hurt my eyes and trying to hold a conversation with my parents, who thankfully were taking care of me, made my ears and head pound to the point of crying.

Keep in mind, this and much more was happening daily for six years.

You may also know I began drawing two years into this illness, a talent I never knew I had, and the silver lining to the years of hell. It was a talent that erupted out of the darkness like a volcano, and I’ve been drawing ever since, focusing that newfound talent on animals, which have always been a passion of mine.

What you might not know, however, is that in 2014, when I was finally diagnosed with chronic Lyme disease, Bartonella, Hashimoto’s Thyroiditis, malfunctioning adrenal glands, and more… it was the first time in over six years that I’d felt hope. That it was the first time I allowed myself to think of a future again, which had been off limits to me since falling chronically ill.

If you think your future is going to be the same excruciating misery you’re in now, you tend not to think about it. Being undiagnosed and having medicines make me worse instead of better, I thought I might be doomed to a life barely surviving.

What you also might not know is that when I started my long-term treatment in 2014 and started to see some improvement in my health for the first time, this drawing of the Blue-Eyed Kitten was the first piece I created.

All that loss, all that misery that I suffered for the years leading up to that moment of finally getting diagnosed and then feeling hope and improvement, even if it was slow, for the first time in years… I threw all of that into this drawing of this fragile but hopeful kitten, staring off in the distance toward a future I had given up on until that moment…

Cats are my favorite animals, and without really knowing it, I put all of my hope and emotion into this piece.

You’ll notice the kitten isn’t bounding about, she isn’t playing or having fun. She’s still tired and forced to rest, but that LOOK. Those bright eyes full of hope, daydreaming for the first time in years…that was me.

In a weird way, this is probably the most accurate self-portrait I’ve ever created. 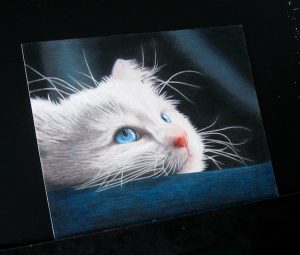 Perhaps not surprisingly, this drawing has become one of my all time favorites that I’ve done to date. Because of all the sentimental value, I’ve chosen to keep the original drawing to myself for now, although she occasionally goes on display with my other drawings during exhibits.

However, prints and products of this drawing are always available! Check out some of the cool options below, where you can get to experience this piece for yourself and have that daily reminder of your own hope, your own future, and your own aspirations.

What do you think of this piece? Can you feel the emotion behind it now that you know the story?

Cart
From The Blog
Upcoming Events & Classes
There are no upcoming events at this time.
Sign Up For E-News!