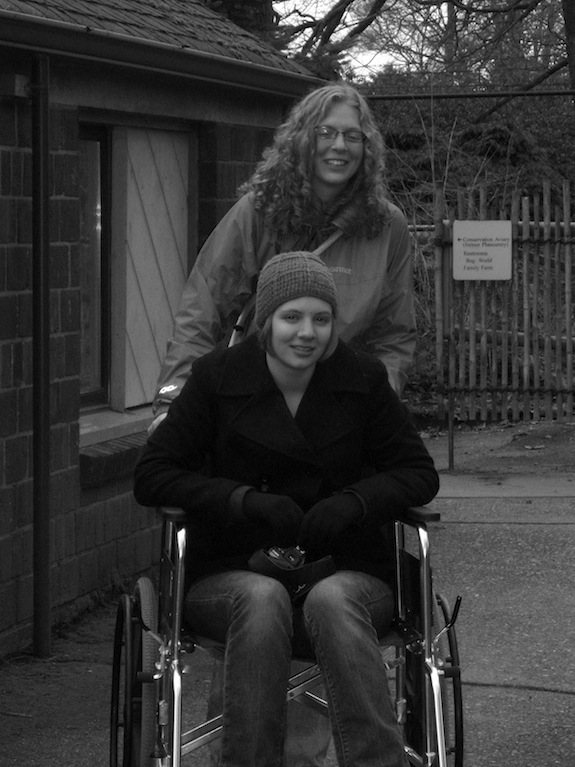 In October 2008, I was 18 and a freshman at St. Lawrence University, just beginning my new adventure of college life. I was there to study Biology and Anthropology, but unbeknownst to me, that was all about to change.

The path I was creating for my future, the one where I would likely become a forensic anthropologist, a path I thought was firmly planted in front of me, was ripped away from me in what seemed like an instant. A tornado of illness tore it up and threw it to the side. What I didn’t realize was that another path was slowly being set in place, brick by brick.

Sickness after sickness during the first semester of college led to me having to medically withdraw from the school during the Spring semester. It started with a terrible sore throat and fever, then the flu so badly that I lost my vision for a night, a UTI so bad they thought I might be hemorrhaging, sinusitis so bad it made my eye swell out and turn black and blue, etc. etc., until I my immune system couldn’t handle much more. By the time second semester came around, I came down with a severe case of Mononeucleiosis, and was sent home for the rest of the year.

The Mono seemed to slowly get better that Summer, but other things started to get worse. I was beginning to have panic attacks and anxiety, I wasn’t sleeping well, I had a headache that just wouldn’t go away, and a low-grade fever all the time.

I tried going back to St. Lawrence in the Fall, but in trying to do so, everything fell apart. My headache turned to a chronic migraine, I was sleeping only 20 minutes a night, I was shaking, hallucinating, having panic attacks, brain fog, fevers, nausea, body pain, digestive issues, depression, and fatigue. It was miserable. I was miserable and could barely function. I remember dragging myself up the stairs to my apartment on my hands and knees, nails digging into the fibers of the carpet. I remember my whole body quivering as I tried to make it through a class, dark sunglasses covering my over-sensitive eyes, trying to function through my migraine. I remember all the testing the doctors were doing, and the feeling of defeat as each one came back negative and no one could figure out what was wrong with me.

Finally, my parents came and collected me, bringing me back home, where I would be nearly bedridden for the next five years.

By April 2010, after medically withdrawing and coming home for the second time, in extreme pain, with severe fatigue, nausea, a 24/7 migraine, insomnia, and much more, stuck in my bed in a darkened room, unable to read, write, watch TV, or use a computer, I was going mad. My two cats were my only source of entertainment during the days, and there was nothing to distract me from the pain.

I’m honestly not sure what compelled me one day to do what came next. I just know that on a random day, with no plan and without much thought, I found a No. 2 pencil and a leftover piece of poster board in my closet and hauled them up into my bed with me to start a sketch.

I couldn’t focus my eyes for very long, but after a few days of drawing for about an hour each day, I completed a simple sketch of a nude female viewed from behind, sitting with her legs to the side. It wasn’t an overly good or compelling piece of artwork, but it had given me something on which to focus, and even if just for a little piece of each day, it helped distract me from the hell I was in.

After another few days, I kept looking at the sketch, wishing I had some way to give it color. I knew I couldn’t paint, I could barely stand so there was no way to work at an easel or clean my brushes or any of that. I needed something I could do from my bed. Pastels were too messy, paints were far too messy, and every other medium I thought of just wouldn’t work with my situation.

Until I thought of colored pencils.

I’d seen the cover of a book a year before, called the Colored Pencil Painting Bible by Alyona Nickelson, which I found intriguing. Could colored pencil really be as opaque and crisp and detailed as Alyona made it look on the cover of that book? Was that possible?

I took my nude female sketch and I used as many different colors as I possibly could to see how they each worked, and I kept layering and layering until I could layer no more and the color was vibrant and opaque. I made her skin purple, I made her hair a fiery orange, I placed her sitting on an enormous lily pad that was green, on dark blue-green-purple water. By the end it looked like something a little crazy out of a fairy tale, but it was exciting and interesting and made me feel productive for the first time in a very long while.

My next drawing was based on a photo I found of a Pochard water bird. The next a parrot. Then a tiger that no one will ever see because it was horrible! But I quickly realized that because animals were my passion and looking at them always made me feel calmer and happier, animals were what I was going to spend most of my time drawing.

So for the next few years I began drawing from my bed or sometimes from the corner of my couch, drawing pad in my lap, colored pencils in hand. I couldn’t draw as much as I would like because of my energy levels and migraines, but I could do it more than I could do anything else, and it helped keep me sane.

I will be forever grateful for the moment that I randomly picked up a pencil and started drawing, not only for helping keep me sane and productive and focused, but because now I have an entirely new path ahead of me, which is centered around my artwork.

I was officially diagnosed in mid-2014 with chronic Lyme disease, Bartonella, two types of pneumonia, an autoimmune disease, and malfunctioning adrenal glands. With the help of long-term treatment, I’m very slowly starting to feel better! I still have bad days and weeks, a chronic headache, some trouble sleeping, etc., but everything is significantly better than it was before treatment, and I’m seeing continued progress!

My artwork has been the silver lining of all the horrible things I have been through since 2008. It continues to bring me great joy and I’m excited that I’m able to turn this unexpected passion into a career for myself.

I hope you enjoy my artwork and that my story has touched you in some way. As always, if you ever want to reach out to me with questions or comments or thoughts, please feel free!

I send you all the best wishes. 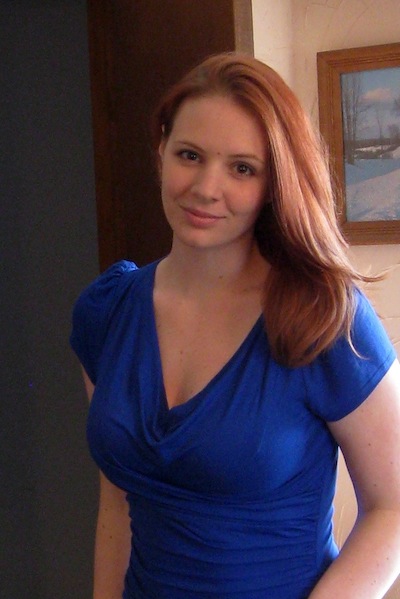 Thank you so much for your interest in my artwork and my blog! This is a place where I will write about my artwork, colored pencils, my drawing process, behind the scenes of my art business, my upcoming events and publications, upcoming classes, my interests in wildlife conservation, new products, and more!

I love connecting with people, so if you have comments, thoughts, or questions, feel free to contact me.

Through these blog posts, I hope you get a better understanding of who I am, where I come from, my thought process, why I do what I do and draw what I draw, how and why I became an artist, and much more. 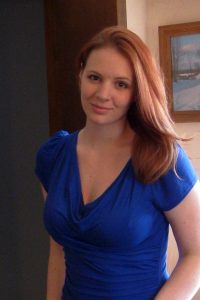